what is razor wire

The razor mesh fence is a new type of protective net. has excellent characteristics such as beautiful appearance, economy and practicality, good anti-blocking effect, and convenient construction. At present, the razor barbed wire fencing has been widely used in industrial and mining enterprises, garden apartments, border posts, military fields, prisons, detention centers, and governments in many countries. Buildings and other national security facilities. 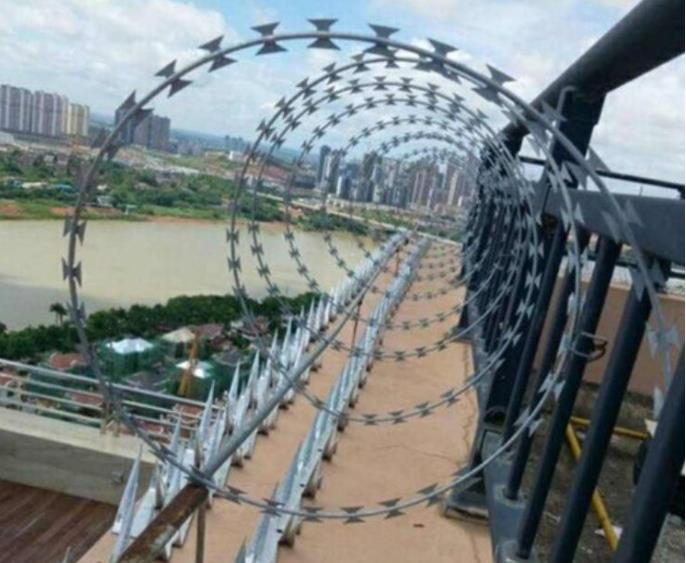 The powder coatings razor wire is made of a sheet-shaped knife-shaped barbed wire and formed by rust protection processing.have a good anti-rust effect, and the outer processing should look good and perform well. Its practical value, more convenient installation, higher cost performance and other advantages.

powder coatings is a commonly seen method of electrostatic painting. It can be fixed on the periphery of wire mesh or wire plate. After that, it needs to be heat treated by two hundred degrees to make plastic paint or powder coating adhere to the surface of the wire plate. These are coated with plastic. Lacquered razor wire mesh is generally used on indoor boxes. The surface of plastic paint looks good overall, has strong adhesion, and is more durable. The coating does not take too long to process, mainly for rust prevention. The anti-corrosion effect is quite good, much better than ordinary materials.

The advantage of the razor blade wire is its high strength, rust resistance and corrosion resistance. This will greatly increase the protection time of the wire mesh, and it can use different colors. , To match the surrounding colors. There are many colors of plastic paint, which can be matched reasonably according to the environment of the site. The plastic-painted razor security barbed wire is a steel plate pressed into the shape of a blade, or a core made of iron wire. Because the wire rope has a special shape and cannot be touched easily, it can play a very good role in protection and separation.

powder coatings  barbed wire fence top used on the edge of the site, the protection and separation of various traffic facilities and roads, forest protection areas, government departments, sentry posts, and other sites that require security. 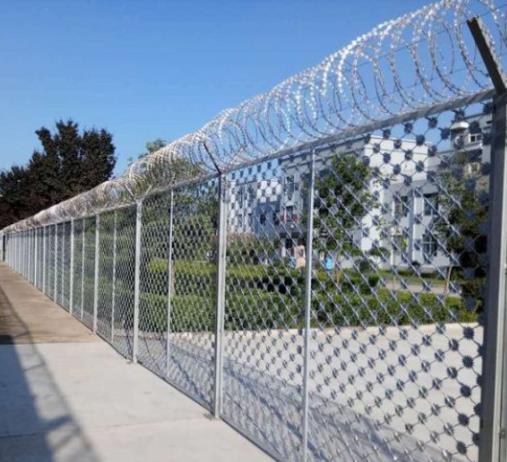 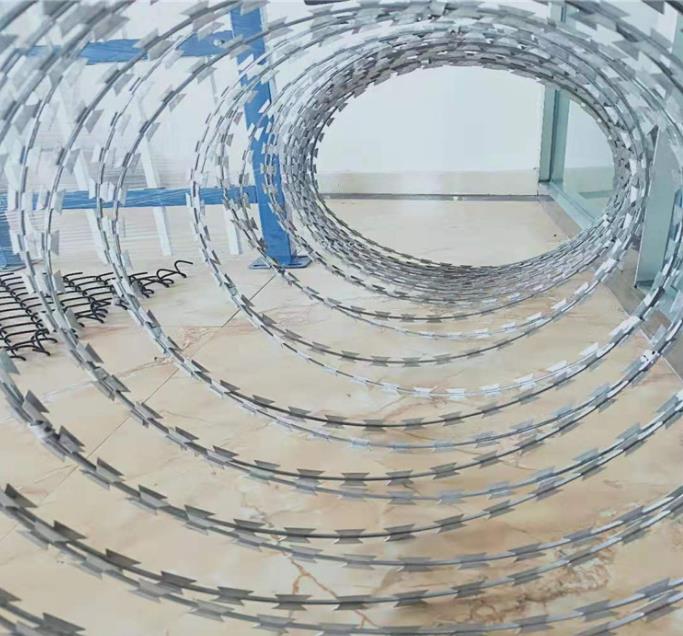 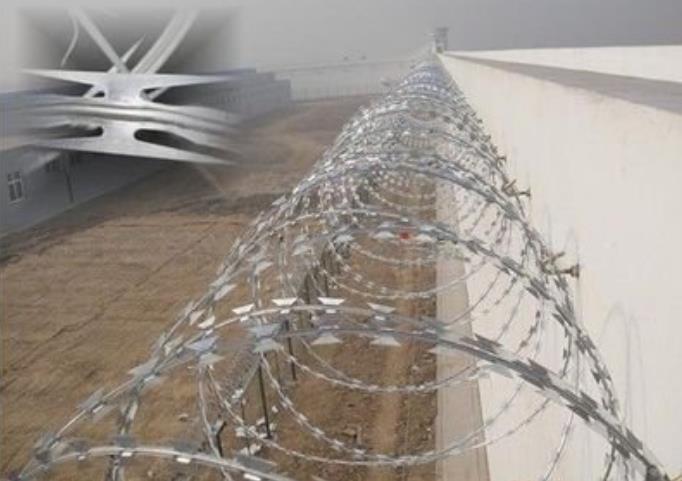 The characteristics of the flat razor wire: it is a new application method of the razor wire. It is to flatten a single-turn razor wire into a plate shape, or to flatten two single-turn razor wires to cross each other and stagger each other. After use. It can be used with the linear razor wire to form a protective wall with a straight line and a flat plate, or only a flat barbed wire can be used to form a protective wall. The flat razor barbed wire has beautiful and practical characteristics, and is mainly suitable for the protection and isolation of residential areas, warehouses, livestock factories, farms, mines, prisons, and defense centers.

The characteristic of the single-loop razor wire: no need to use a clip, it is installed according to its unfolded natural shape.

The characteristics of the double spiral cross barbed wire: the spiral cross razor barbed wire is strongly clamped between two razor bars with stainless steel and galvanized steel sheets. After unfolding, it becomes a cross shape, also called double spiral razor barbed wire. Rope, also known as snake belly net or accordion gill net. Each roll of spiral cross barbed wire (galvanized) is composed of a single strand of rigid spiral steel wire and blades, and the blades are evenly distributed on it. The inner circumferences of the intersecting circles are evenly fixed by clips, and when stretched, they form a rhombus network. When fully stretched, each cross roll can easily unfold to form a cylindrical fence. The barbed wire can be easily and quickly installed on the top of existing fences and strong high walls, and can also be installed in a trench on the roof or placed on the ground by itself.

The specifications of razor wire and its scope of application

Below we will introduce the scope of use of various types of barbed wire one by one.

The spiral razor barbed wire is the most widely used razor barbed wire. It is easy to install and has a good anti-theft effect. More than 80% of the barbed wire on the market are of this type. The diameter is selected according to customer needs. Generally, the conventional one is 50 Centimeters.

Straight razor barbed wire is an ordinary spiral barbed wire without the last process, that is to say, there is no buckle, and the outer packaging is the same as the general barbed wire. After opening, it can be drawn into a straight line, and it is also widely used in tourist attractions. Surrounding areas, park fences, isolation fences, etc. The main forms of anti-corrosion are electroplating and hot plating. It is mostly used for the protection of communities, parks and farms.